Millions of households are set to lose out as five of the ‘big six’ energy providers announce more price hikes for their standard variable tariffs. The news has sparked fresh calls for price freezes, and regulatory body Ofgem has called on providers to justify the rises. 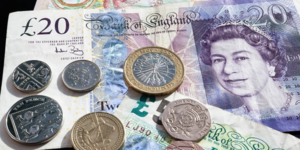 Price increases have been announced by five of the ‘big six’ energy suppliers. SSE have just announced an annual increase of 6.9%, affecting their average customer by £73. This follows the trend started last December when EDF announced an 8.4% rise in electricity prices taking effect this month.

So far EDF, Npower, Scottish Power, E.ON, and now SSE, have all announced price rises. British Gas is the only supplier to announce that it will extend price freezes until August. This is despite rumours of a 9% price increase reported by some outlets in February.

Who will be affected?

Npower customers are likely to be the worst hit. A massive 15% rise in electricity rates, and 4.8% rise in gas rates came into effect on the 16th March. The harsh criticism that the supplier faced following the announcement did nothing to deter others from following suit.

Although EDF did cut their gas prices by 5.2% in January, their customers were also hit by an 8.4% increase in the price of electricity on the 1st March. Despite this rise for variable rate customers, those on prepay gas and electricity meters from EDF will still pay 5.1% less after March.

The last supplier to announce increases was SSE. Their typical dual fuel customer can expect to see a £73, or 6.9%, rise in their bills from 28th April.

Although British Gas have announced that their price freeze will continue through spring and summer, there is no guarantee that customers will not see similar price hikes in August.

Bills for those on standard variable tariffs have been predictable over the last few years, the reintroduction of price increases looks set to change that. A price comparison is the simplest way to find out if your bills will be effected by the price hikes. But, a standard variable tariff is likely not going to be the best option for most customers.

What are suppliers saying?

After three years of relative stability in the market, the recent hike in prices may come as a surprise to consumers. Providers have pinned blame for the increase on rising wholesale fuel prices, as well as cost increases caused by their involvement in the Government led smart meter scheme.

SSE director Will Morris said he “regretted” the need to increase prices, but that suppliers would otherwise be “supplying energy to domestic customers at a loss”. Ofgem, on the other hand, has expressed doubt that the reasons given by suppliers are enough to justify the level of price rises announced.

Whether the government will intervene to help the hardest hit households is still unknown. If they do, it looks likely that they will extend the price cap for prepayment meters, due to come into effect on April 1st, past its 2020 expiry. This, however, will do little to help the 20 million people currently on standard variable tariffs.

One benefit of standard variable tariff is that customers do not have to pay to switch suppliers. With this in mind, now may be the time for those on standard tariffs to shop around and find the best option to keep their bills down over the coming months and years.