British Gas alleged to be paying out £500,000 after mis-selling claim

British Gas is the latest of the 'Big Six' energy suppliers to be embroiled in an alleged mis-selling scandal.

It has been reported the energy giant will shell out £500,000 after it was revealed it had allegedly mis-sold to thousands of customers by providing inaccurate savings estimates through face-to-face sales. 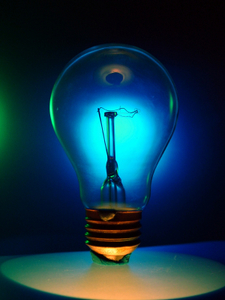 British Gas and Sainsbury's Energy -  which has operated in partnership with British Gas and its parent company Centrica for a number of years - are reported to have mis-sold to some 4,300 customers during a period between February  2011 and March 2013.

Sky News has suggested the 'Big Six' energy supplier actually reported the issue itself having discovered information it provided customers during the time period in question was inaccurate.  This would explain why energy regulator Ofgem has not previously announced any investigation into British Gas on the matter.

The firm will now look to offer affected customers a goodwill payment of around £130, a move Ofgem is reported to be satisfied with.

If the news is confirmed by Ofgem, British Gas will become just one of a number of 'Big Six' energy suppliers to have been hit with a fine for mis-selling. E.On, SSE and ScottishPower have all been hit with substantial fines in recent years.

In May, E.On was hit with a staggering £12m fine, the highest punishment of its kind imposed on an energy supplier. This smashed the previous £10m record imposed on SSE last year and a similarly weighty £8.5 punishment dished out to ScottishPower, also last year.

All parties have refused to comment at present, but a full statement from Ofgem is expected in the upcoming days.