Campaign group: Homeowners could pay £425 more in energy bills by 2020 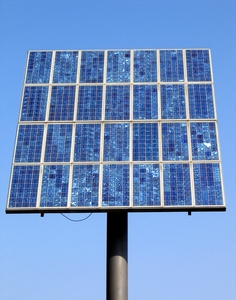 A leading campaign group has claimed the government's push to use more green energy in order to meet EU figures will cost a staggering total of £22bn by 2020.

The Taxpayers' Alliance research showed energy consumers will be hit by energy bills costing more than £400 more over the next six years.

The push for green energy is down to EU regulation stating a minimum percentage of 20% of all member states energy must be produced in such a fashion by 2020.

The £22bn in subsidies will be paid by consumers and businesses through their annual energy bills: divided equally, this equates to a figure of £425 per household according to the Taxpayers' Alliance study. It adds many homeowners will end up paying more however, due to having higher energy bills.

"If the Government are serious about easing the pressure on people's living standards, they need to take action and scrap lavish renewable energy subsidies."

Unfortunately for bill payers, the extra costs they can expect do not end their according to the study. They will also have to foot the bill for things such as the Energy Company Obligation (ECO), a scheme which subsidies things such as roof insulation and boilers for families deemed to be the most needy.

Dr Lee Moroney of the Renewable Energy Foundation, said: "Government subsidies which are added to electricity bills in order to meet over ambitious EU climate change targets are complex, opaque, and very expensive for the consumer.

"The subsidy costs are set to increase significantly and will last 15 to 25 years.

"The scale of the consumer costs is shocking and senseless in view of the fact that UK greenhouse gas emissions could be reduced faster and more economically by less extravagant measures."

The Taxpayers' Alliance calculated the figures by analysing the planned increase in renewable energy capacity and the official strike price - a guaranteed figure the government pays an energy supplier for providing the renewable energy.

A government spokesman hit back at the research though, suggesting there are many reasons for the increase in energy bills - with green subsidies not the primary reason.

He said: "The Government is transparent about the impact of energy and climate policies on bills.

"It's the global gas price, not green subsidies, that has primarily been pushing up energy bills. 60% of the increase in household energy bills between 2010 and 2012 was caused by this.

"Investing in home-grown alternatives is the only sure-fire way of insulating our economy and bill payers from this volatility."