It’s looking increasingly unlikely that the government’s planned energy price cap will ever be introduced – if anything, it’ll be a watered-down version that won’t reach nearly as many people as the 17 million mooted before the election.

Instead, the government has handed over responsibility to Ofgem, via a letter from the business secretary, Greg Clarke, asking the energy regulator to safeguard “customers on the poorest value tariffs”.

So, given the government’s remit, can Ofgem deliver a fairer energy deal for those who struggle with their energy bills? 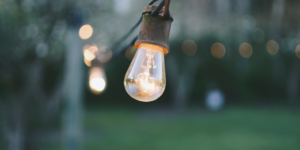 How does Ofgem plan to make the energy market fairer?

Ofgem responded to the government’s request by announcing it would hold a summit this month (July) to consider what will be the best type of ‘safeguard tariff’.

Research from Ofgem, coupled with the findings of a Competition and Markets Authority (CMA) investigation, have revealed that vulnerable customers are the most likely to get a poor deal, and one option that has been suggested to help remedy this is to extend an existing cap on prepayment meter tariffs to cover those who receive the warm winter home discount.

It’s estimated this would benefit around 2.6 million households, on top of the 4 million or so prepayment customers already protected by the price cap.

There are also plans to introduce reforms that would encourage more people to compare tariffs and switch to a better deal. Although March saw a large increase in the number of people switching both gas and electricity – with some of the highest switching figures seen in a single month since 2003 – the regulator wants to grow the number further, and appeal to those who have never switched as they think it’s too much hassle.

Here are some of the ways in which Ofgem plans to shake up the market to ensure customers get a fairer deal:

Ofgem is proposing that PCW’s need only show the deals their customers can switch to directly, but can opt to see other deals, for a ‘whole market’ vice, by clicking a button on the site, or by visiting the Citizens Advice website.

Dermot Nolan, chief executive of Ofgem, said: “Protecting vulnerable consumers is a priority for Ofgem. We are committed to ensuring that the more disadvantaged in society are not left behind as we move towards a smarter, more competitive energy market.

He added: “That’s why we are starting new work to protect vulnerable customers, including the option of introducing a safeguard tariff for them.

“Suppliers must also do more to get all their consumers, particularly those on poor value standard variable tariffs, a better deal. We are pressing ahead with a raft of reforms to make it even easier for people to switch no matter how they choose to shop around.”

Do you think the Ofgem plans go far enough to get a fairer deal? Or could it do more to help out all energy customers, and not just the most vulnerable? Get in touch via Twitter and share your thoughts with our online community.