Centrica has won a court battle with Ofgem over the way it calculated the cap on energy prices.

The parent company of British Gas was unhappy at the regulator making a last-minute change to its price cap calculations, which led to huge price increases from the UK’s biggest energy supplier. 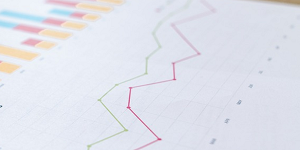 The issue relates to how Ofgem set the rate of the very first energy price cap back in September 2018, when it capped the cost of all standard variable rate tariffs at £1,137 a year, knocking around £76 a year off the energy bills of 11 million UK households.

The regulator’s initial price cap calculations for were set out at an industry consultation in May, but the sums were scrapped months later without warning in favour of a methodology that would lead to a lower price cap.

This meant that instead of basing the cap on the average cost of buying wholesale winter energy in advance between April to September, it instead used the forward market prices between February and July 2018.

The problem for Centrica was that this new methodology led to an unexpected one-off cost increase of £70m for British Gas.

Centrica was understandably happy with the ruling: Centrica added in a statement: “We welcome the judgment of the court regarding the treatment of wholesale costs that energy suppliers incur to serve their customers, and the court’s assessment of the wholesale costs applicable to the first period of the energy default tariff cap.

“We look forward to continuing to work closely with the government and the regulator on the development of future policy and we remain committed to delivering for our customers’ changing needs, including through our involvement in the transition to a lower carbon future.”

As you’d imagine, Ofgem wasn’t quite so happy as the aim of the price cap was always to protect the interests of customers and not the energy companies.

The regulator said in a statement: “The judgement does not change the fundamentals of the price cap, which remains in place and will continue to protect 11 million households on default deals, ensuring that they pay a fair price for their energy. We are considering our next steps in light of the judgment.”

The good news for households is that the energy price cap will remain fundamentally unchanged, regardless of the ruling.

Why you should switch away from the price cap

The energy price cap limits the rates energy suppliers can charge on standard variable rate and prepayment energy tariffs. Introduced by the UK government, the limit is set and reviewed every six months by Ofgem, the energy regulator.

The thing is, the cap is only set on the most expensive types of energy tariffs, which means you can make a bigger saving by switching energy supplier.

Watch the short video below for more on how to compare energy prices and find a better deal, or enter your postcode at https://switch.ukpower.co.uk/christmas to start your energy price comparison and the chance to win one-of-six great prizes (T&Cs apply).