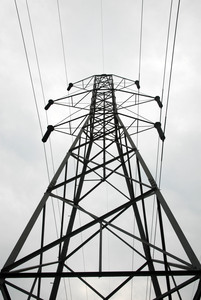 Consumer Futures has released figures displaying that nPower received the highest number complaints amongst the big six energy suppliers in the three months leading up to last September (2014).

SSE recorded the best performance, with just 32.3 complaints for every 100,000 customers.

In light of the release of these figures, nPower has apologised to its customers.

Director of retail at nPower, Roger Hattam, stated: "Last year, we apologised to our customers for the service issues they may have faced, following the installation of a new billing system.

"I know that we've let many of our domestic customers down and I want to apologise personally for this and promise that they will not lose out financially as a direct result of these issues."

Director of energy at Consumer Futures, Audrey Gallacher, expressed her disappointment at the result. She also stated that the amount of complaints against nPower had increased by around 25 per cent - from the 202.5 recorded during the statutory consumer organisation's previous reporting period.

Gallacher went on to add: "While nPower has acknowledged and apologised for its poor billing systems and agreed to pay vulnerable customers who have been disadvantaged, its deterioration in performance is wholly unacceptable and the company must address the failure of its systems, processes and customer service to put things right."