Households on a standard variable rate energy tariff will see their energy bills rise by around £139 when the price cap increases on October 1. Those on prepayment meters will see costs rise by £153.

When the cap was introduced, the government promised avearge annual savings od £100, but it's consistently fallen well short of this target. The energy price cap isn't working. Switch now to beat the increase. 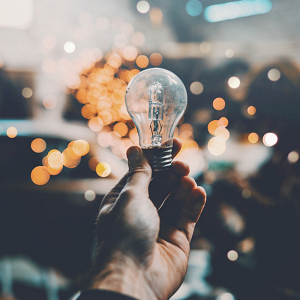 When will the energy price cap take effect?

It's been just over three years since the Domestic Gas and Electricity (Tariff Cap) Act 2018 becmae law and gave Ofgem, the energy regulator, a duty and the powers to put the energy price cap in place.

Theresa May, then UK prime minister, confirmed that the government was planning to publish a draft bill to cap prices on standard energy tariffs and end “rip-off energy prices”.

The level of the cap has fluctuated at each six-monthly review, but the latests cap has seen prices rise to their highest levels since the cap was introduced.

The average price of a Big Six standard variable rate tariff is £1,277 a year, which could push rates up right across the board as energy suppliers tend to make sure prices bunch around the level of the cap.

That's why it's time to switch energy suppliers now.

Why do we need an energy price cap?

Over the last few years, runaway price increases have seen energy bills rising well above the rate of inflation, with customers on standard variable rate tariffs and expensive prepayment meter plans suffering the most.

Standard variable rate tariffs are the default, and usually most expensive, tariffs offered by suppliers, and you’ll find yourself on one of these if you’ve never switched supplier before or you’ve let a fixed rate deal expire without switching to another one.

You might also find yourself on one if you’ve just moved into a new property and haven’t yet switched supplier.

There are more than £11 million households currently sat on standard variable rate tariffs, and not only are these deals expensive, they vary significantly in price – once the price cap is introduced, a typical British Gas standard variable rate customer stands to save about £69 a year, while the same customer on Scottish Power’s default deal would save nearer to £121.

Dermot Nolan, the energy regulator’s chief executive, said: “Ofgem has made full use of the powers parliament has given us to propose a tough price cap which will give a fairer deal to consumers on poor-value default tariffs.”

It’s fair to say this prepayment price cap hasn’t worked quite as well as expected though, as the regulator has imposed two price increases on the safeguard tariff this year alone – the £47 price hike due to take effect next month follows on from a £57 price hike imposed in April.

And, despite this morning’s announcement, standard variable rate customers could still face further price hikes, as the level of the cap still moves up or down every six months. The level depends on costs facing suppliers, such as the wholesale price of gas and electricity, which has been rising this year.

Which means that switching supplier still remains the best way to beat the energy price hikes and avoid overpaying for gas and electricity.

Are there better alternatives to a price cap?

When discussing Ofgem's decision to extend its safegauard tariff to include some of the most vulnerable households sat on expensive standard variable rate tariff, we suggested that resources might be better utilised in promotoing energy efficiency to tackle the fuel poverty problem, which affects 4.5 million UK households. You can read more about that in our blog Should energy efficiency take priority over a price cap?

David Osmon, a former Ofgem employee and now an author at the Ideal Economics think tank, has also suggested what he feels would be a better alternative to the price cap announced by the regulator - a cap on the standing charge.

A number of costs that go into making up your monthly energy bill, but the price you pay for your actual gas and electricity can be broken down into two parts – the unit rate and the standing charge.

No standing charge energy tariffs are avaialble, but they usually come with a higher unit rate, and so aren't usually cost-effective unless you leave your property vacant, or don't use any energy at all, for about nine months of the year.

So why does David Osmon think a cap on the standing charge would be more effective than the standard variable rate price cap announced by Ofgem?

Speaking to BBC Radio 4's PM programme, Mr Osmon highlighted how although the average annual standing charge on a dual fuel tariff currently stands at £156, the actual related costs covered by the standing charge only amount to about £60.

He then outlined how a cap on standing charges has a three-fold beneft that the Ofgem standard variable rate price cap doesn't fully address.

Osmon said: "A cap on the standing charge would have three very powerful effects: Firstly, it targets protection at low income households, who are the most vulnerable consumers. And, in particular, they consume the least energy. So, the standing charge forms a very large part of their total bill, which means they pay the highest overall rate for the energy they use.

"Secondly, unlike price caps generally, a cap on the standing charge would dramatically boost competition. Consumers would find it much easier to compare energy tariffs as they would only need to consider the unit rates.

"And thirdly, while those in fuel poverty will be able to afford more energy as a result of having the standing charge reduced, the resulting higher unit rates will lead consumers to reduce energy consumption overall. And that will have wider benefits in terms of lowering carbon emissions, improving security of supply, and reducing the need for investment in additional generation and network capacity, which would otehrwise have fed through in higher bills for consumers."

Here’s how to switch energy supplier…

Why switch energy with UKPower?

Here are four good reasons why you should make the switch with UKPower today:

Enter your postcode in the box at the top of the page to start the switching process, and you could be on your way to cheaper energy bills in a matter of minutes.