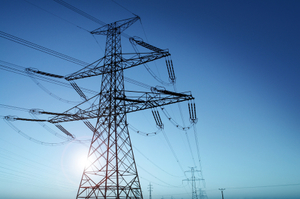 Fulfilling a promise the energy provider made back in April (2012), as part of its Customer Commitments,Â  the supplier, which is currently participating in the Warm Home Discount Scheme, has created the New Start tariff, specifically tailored to entrepreneurs, start-ups and businesses that have recently made the move to new premises.

Offering a selection of short-term contracts, rangingÂ  six to nine months in length, and with a fixed daily charge of just 5p, businesses will also be able to exit their contracts without the fear of having to pay any penalties.

As a further source of protection EDF will not roll over its New Start tariff customers at the end of their contracts.

Director of SMEs at EDF Energy, Richard Hughes, stated that starting a business was always a challenge and the current economic climate made it more difficult than ever.

He said: "New Start is one way EDF Energy is lending a helping hand to SMEs, providing a new, simple electricity contract to get businesses up and running quickly and help them grow successfully well into the future.

"The combination of flexibility, simplicity and low standing charges that New Start offers is designed to remove one of the barriers which could affect a businesses' success and provide the backing SMEs should expect from their energy partner," he added.

In light of Ofgem's recent announcement that it would ensure suppliers give SMEs clear information on their options, EDF is also extending its protection to cover businesses spending around Â£10,000 a year on gas or electricity, or firms with less than ten employees and a turnover of less than Â£2 million.