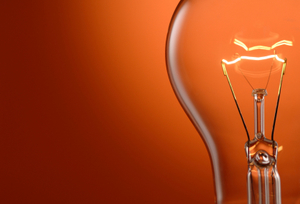 According to The Big Deal, a website which claims to help consumers find cheaper deals on their energy bills, five of the leading energy price comparison websites are deliberately not showing customers the cheapest possible deals available on the market.

The Big Deal has announced that it has written to uSwitch, Compare the Market, MoneySuperMarket, Go Compare and Confused.com to formally complain about what they call “unethical” practices, which they claim are biased towards only showing customers energy deals which earn them the most commission.

This is despite the fact that each of these five websites adheres to market regulator Ofgem’s official Confidence Code, which the regulator identifies as recognition of a “trusted source of information [for customers] looking at different deals and tariffs.”

The Big Deal highlights a particular “mechanism” as the source which it believes is causing consumers to have the cheapest energy deals hidden from their view on price comparison websites.

During the switching journey, the Big Deal says that consumers are asked the question of whether they want to switch “today”. If answered ‘yes’, this allegedly filters out all of the deals which do not earn the switching website a commission.

The Big Deal went on to claim that all of the five websites they contacted operate using this “mechanism”, and that some websites even have a default ‘yes’ answer to this question, meaning that almost a third of energy deals are “hidden” in this way.

The price comparison websites named by the Big Deal have responded, saying that the options displayed on their websites are “perfectly clear,” and vehemently denied hiding the best deals from energy customers.

Dan Plant, the editor in chief at MoneySuperMarket, said, "The option for customers to filter results - to only see products they can buy through MoneySuperMarket.com - is displayed clearly and prominently, and is necessary as some providers choose not to list products on comparison websites."

"Currently the cheapest 10 tariffs on the market are shown to all customers using our website," said Mr Plant.

Kate Rose, the head of energy at Confused.com, has said that customers could see every available tariff on its website, and it was committed to transparency, saying:

"Some suppliers do not make certain tariffs available through comparison sites, so we give customers the option to exclude these from the results."

GoCompare simply said that it did not have a "buy now" or "buy today" mechanism on their website, and that it is made it clear that other tariffs are available that may not be displayed on their website due to supplier requests.

Of the energy consumers who are currently switching their supplier, 55% of these consumers are prompted to do so by a switching website. Despite the claims from the Big Deal, households stand to save on average £211.95 each year by switching their energy supplier through a price comparison service.

This goes to show that switching websites are not misleading energy consumers, and are actually helping rather than hindering the energy market, as the Big Deal seems to be suggesting.