Energy consumers could be missing out on £100 compensation from suppliers 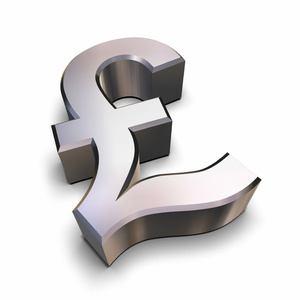 In Ofgem figures highlighted by the Labour Party this week, it was revealed that as many as half a million households with unresolved complaints against energy suppliers could be missing out on a typical compensation payout of £100.

Consumers with complaints against energy suppliers are entitled to refer their claim to the energy ombudsman after eight weeks has passed since filing the complaint with their supplier, if a ‘deadlock’ has been reached.

In 76% of cases brought forward in 2013-2014, the energy ombudsman required the energy companies to pay out an average of £100 to each customer, with 95% of the total cases being upheld in some form.

Almost 18,000 energy complaints were brought to the Ombudsman Services in 2013, while this year so far has already seen 37,000 complaints made. This considerable increase demonstrates that energy consumers are becoming more confident in tackling the energy companies when an error is made. However, with potentially over a million pounds of unclaimed compensation available, this shows that there is still a high number of households that are not reaching a resolution.

Caroline Flint MP, Labour’s shadow energy and climate change secretary, said: “Hundreds of thousands of consumers could be missing out on compensation or waiting months for their complaint to be resolved.

"It’s vital consumers know about their rights and feel confident to use them. If they do, given three quarters of cases result in compensation, there’s a very good chance they will be compensated for the poor customer service they’ve experienced.”

She added: “It's bad enough when the public have cause for complaint with their energy supplier, but for energy companies to refuse to compensate consumers or string out the complaints process for months on end is completely unacceptable.

An Ofgem spokesperson said: “Ofgem has made it clear that complaint handling by energy companies is frankly awful. We've told suppliers to get their act together and explain to their customers by the end of October what they are doing to improve their procedures.

"The Energy Ombudsman was set up by Ofgem as a backstop for consumers, but it is suppliers’ responsibility to get complaint handling right in the first place. We want to see greater awareness of the Ombudsman service and we are pleased they are working to address this."