What will the latest energy price hikes mean for you?

Energy consumers will be hit in the pocket as a wave of price hikes are announced by UK providers. The government is coming under pressure to act as E.ON became the latest of the Big Six to declare price rises across gas and electricity. 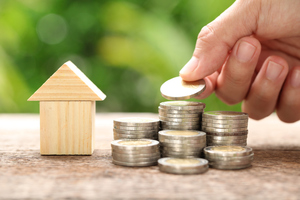 As it currently stands, five of the Big Six suppliers ( EDF , E.ON , npower , SSE and Scottish Power ) have come out with price rise announcements.

E.ON said its standard dual fuel bill will increase by 8.8% from the end of April. Gas rates will go up by 3.8% and its electricity prices will rise by a whopping 13.8%, affecting over half of its more than 4 million customers. The average household on a dual fuel tariff, paying by direct debit will now pay more than £1100 per year, an increase of almost £100.

Fellow provider npower has already faced a massive backlash after announcing its own set of hikes last month. Approximately 1.4 million of its customers on the standard variable tariff will be affected, with rates set to go up on 16 March. Gas prices will increase by 4.8%, electricity prices will soar by 15% and dual fuel customers will pay 9.8% more, taking their annual bill up by £109.

Similarly, around 1.1 million Scottish Power customers will face hikes. An average of 10.8% on electricity and 4.7% on gas was announced last month, to take effect on 31st of March. Dual fuel customers paying by direct debit will pay 7.8% more, an increase of £86 a year.

Bucking the trend slightly, EDF announced back in December, that it would actually cut its gas rates by 5.2% this January. Its electricity prices fell in line with other increases and went up by 8.4% at the beginning of this month.

British Gas announced that it would be freezing its standard rates until August this year, however, it is not known what course of action it will take after this time, and we could well see more increases later in the year.

SSE is the latest supplier to announce. While it will be freezing gas rates, electricity will rocket by 14.9% and dual fuel customers will pay an average 6.9% more per year.

For the most part, energy providers are blaming rising wholesale fuel prices and compulsory participation in government led initiatives such as the smart meter rollout and supporting renewable power for this latest round of hikes. Ofgem however, has downplayed the idea that government schemes have significantly contributed to any increase being passed onto millions of customers.

The government itself has expressed concern over the level of increase and has threatened to intervene to get the best for UK households.

It’s worth noting that all of the hikes will hit customers on standard rate tariffs. These are tariffs that take affect once a fix has ended, or if a customer has never compared and switched their energy.

It’s estimated that 66%* of energy customers are on standard tariffs and as a result, are more than likely paying over the odds on bills. The good news is that there are steps you can take to fight back.

Run an energy comparison and you’ll be able to see almost straight away if you can save by switching onto a better tariff. Many customers save £100s a year by switching and with many of the cheaper deals gradually disappearing, the time to act is now.

We can help. Use our handy online service to compare deals in minutes. We compare the whole market so if you’re on a standard tariff, you’re likely to find a much better deal with us.