2018 has been a terrible year for household energy bills, with dozens of price rises pushing up the average cost of a dual fuel energy deal by 21%.

At the start of April, just as the weather was warming up and very few of us were even thinking about our energy bills, there were 89 tariffs on the market that would cost the average household less than £1,00 a year. 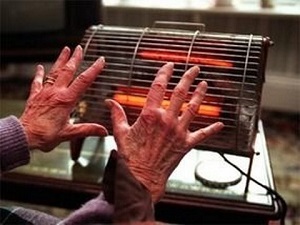 Fast-forward a few months, and several price hikes later, (some suppliers even putting their prices up twice) and there are now just four deals on the market that cost less than £1,000 a year, none of which are fixed price deals, meaning any of them could go up at any time.

It’s a situation that has seen the average price of the cheapest 30 energy tariffs jump by more than a fifth in just six months, and one that could leave millions of households unable to afford their energy bills this winter.

How bad is the UK’s fuel poverty problem?

More than one-in-ten UK households are currently living with the worry of fuel poverty hanging over them – that’s 2.5 million families unable to adequately heat their home or having to go without other essentials in order to do so.

Fuel poverty is directly related to income, and a fuel poor household is one that needs to spend more than 10% of its income on gas and electricity to adequately heat its home.

Staggering and tragic statistics, especially when you consider the UK has the world’s fifth largest economy, and its winters are nowhere near being among the coldest in Europe.

Will the price cap fix the problem?

The government has sought to fix the problem with an energy price cap, which Ofgem has said will help lower energy bills for 11 million customers on poor value default tariffs, cutting annual energy bills by around £76 after it takes effect on January 1st - cold comfort for those struggling to pay their bills as winter begins to bite before then.

And for those who use prepayment meters (often among the most vulnerable energy customers), Ofgem introduced the safeguard cap, which limited the amount suppliers could charge households who prepay for their energy. But even this isn’t safe from the price rises, having been raised by £47 to £1,136 a year – again, well over that £1,000 threshold.

It’s also worth noting that these price caps are reviewed in April and October, when they will likely rise in line with wholesale energy prices. The only way to protect against the price hikes is to switch to a fixed rate deal – even though few, if any, are available for less than £1,000 a year for the average household, locking in your prices no means you won’t be affected by the next round of rate rises.

A growing number of suppliers are offering deals that fix rates beyond the usual 12 months, with some deals even offering a two-year fix – well worth considering as it’s unlikely that prices will come down at any point, and we also have the possibility of energy prices soaring when the UK leaves the EU on March 29, 2019.

To run an energy price comparison and see how much you could save, enter your postcode in the box at the top of the page, or go to https://www.ukpower.co.uk/home_energy

If you’re struggling to pay your energy bills, there are a number of things you need to do:

Speak to your supplier

The first thing you need to do is speak to your supplier - don’t put it off, as this will only make matters worse. As difficult as it is, and as tempting as it is to try and put it to the back of your mind, you need to face the issue head on.
The last thing your supplier wants is to cut off your supply, and they actually can’t just cut you off without offering advice, support, and a way to pay your bills. So get in touch with them if you get a bill you can’t afford, and see what arrangement you can come to.

Find out if you’re eligible for any grants or discounts

Check out whether you’re eligible for the Warm Home Discount, the Cold Weather Payment, or the Winter Fuel Payment, which is a tax-free cash payment of between £100 and £300 to help pay your heating bills, available to anyone born on or before May 5, 1953.

The UK has more old houses than any other EU country, and poor maintenance and insulation means they’re also among the most expensive to heat. If your home is losing heat through poorly insulated walls, windows or floors, your heating system will have to work harder to heat your home and push up your energy bills.

If you’re on certain benefits, and own your own home, or are a private tenant, you might be able to get help to improve its energy-efficiency, such as free or subsidised loft and cavity wall insulation, as well as heating upgrades, including replacing or repairing your boiler. For more information, and to find out what you might be eligible for, go to GOV.UK.