It’s been a week since British Gas became the last of the Big Six energy suppliers to announce it would be putting up electricity prices by 12.5%, and although not the biggest price hike - that dubious honour goes to Npower’s eye-watering 15% increase – it seems to be the one that’s caused the biggest outcry.

The strength of feeling towards this particular price hike could be because Britain’s biggest energy supplier saw fit to put prices up despite seeing its operating costs drop by 9% since December. 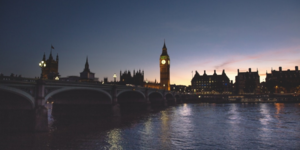 It could be because it will affect almost 12% of the UK’s 27.1 million households.

Or it could simply be because British Gas was the last of the major suppliers to announce an increase, meaning its price hike was effectively the straw that broke the camel’s back.

Whatever the reason, it seems to have sparked the government into action where energy prices are concerned, as it has launched a major review into the cost of energy, with the aim of lowering household bills so they sit among the lowest in Europe.

So is this a concerted effort by the government to take action against what most consumers see as unjustified price increases, or an attempt at political points-scoring following its back-track on the energy price cap?

What will the government’s energy review include?

The government has commissioned Dieter Helm, a renowned British economist and Oxford University professor, to conduct a review of the UK energy market that will take into account the entire electricity supply chain for households and businesses, including the changing demands for electricity, such as electric vehicles and household battery storage.

Part of the government’s industrial strategy, the review will look for cost-cutting opportunities across electricity generation, transmission, distribution and supply, in an attempt to reduce the overall cost of energy for both households and businesses.

Business and Energy Secretary Greg Clark said: “We want to ensure we continue to find the opportunities to keep energy costs as low as possible, while meeting our climate change targets, as part of the industrial strategy.

He added: “The review will consider how we can take advantage of changes to our power system and new technologies to ensure clean, secure and affordable supplies over the coming decades.”

If a complete success, the review will ensure UK energy bills are among the lowest in Europe.

But it’s what the review won’t consider that’s causing the greatest issues among its critics.

What the government’s energy review won’t include

While a review of the entire electricity supply chain sounds comprehensive enough, the government has admitted it won’t be considering gas bills, supplier’s profits and prices, smart meters, or projects like the Hinkley Point C nuclear power station.

The omission of smart meter roll out costs is particularly pertinent as its one of the factors directly named by British Gas when outlining the reasons for its price rise.

The reason given for the non-consideration of gas prices is that UK gas prices are competitive, whereas electricity costs are less so, but it’s difficult to see how any comprehensive review of energy prices can completely omit gas prices, particularly as gas bills have been higher than household electricity bills in recent years.

It’s also telling that the review will not consider the option of capping energy prices, a pre-election promise that Theresa May hoped to build a large part of her campaign upon, and the only action that can realistically protect millions of households from rising bills this winter.

The review is expected to issue its report at the end of October, but if any of its recommendations lead to a reduction in costs, it’s unlikely they’ll come into effect for at least a year or so.

On the one hand, it’s good to see the government taking positive action where energy prices are concerned, but in shying away from a price cap and commissioning a less-than-exhaustive review of the market, it still doesn’t appear to be doing enough for the majority of UK households.

If you’re looking for a quick way to save on your energy bills, compare tariffs with UK Power and switch to a better deal today – you could save as much as £618* a year.

And for a more long-term solution to help cut your bills even further, check out How to reduce your electricity and gas usage .