How will the general election result affect energy prices?

Although energy wasn’t as high on the agenda during the last election campaign as in previous years, enforced changes to the energy market did still figure fairly prominently, and the confirmation of a Conservative/DUP coalition government also has implications for the UK energy market. 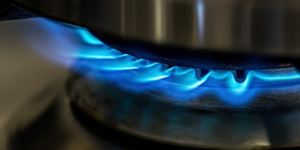 The idea of an energy ‘price freeze’ was first mooted by Labour in response to a flurry of energy price hikes in 2013, before evolving into an energy ‘price cap’ in the run up to the 2015 general election.

Although the Conservative’s roundly rubbished the idea in 2015, it was an idea that clearly resonated with a public who were clearly fed up with the seemingly arbitrary price hikes imposed by energy providers.

And so, as part of the run up to this year’s general election, the Conservative party introduced its own version, outlining plans to cut £100 from the average annual bill of the estimated 18 million households on standard variable tariffs.

But concerns that the severity of the cap could squeeze smaller energy suppliers to the point of extinction, particularly if there’s a spike in wholesale energy prices, coupled with the possibility that many of the many of the cheapest fixed-rate deals could disappear from the market completely, meant the plans were scaled down.

The Conservative’s subsequently re-positioned the cap as a “safeguard tariff cap that will extend the price protection currently in place for some vulnerable customers to more customers on the poorest value tariffs” – instead of making significant savings for 18 million households, the amended plans will most likely only apply to the 2.2 million Warm Homes Discount customers.

Given both the two main UK political parties included price caps in their manifestos, and the fact that the Democratic Union Party (DUP) is a supporter of price cuts in the energy market, it’s highly likely this legislation will make it through parliament without much opposition – but what will that mean for you, as a consumer?

How will you be affected by an energy price cap?

One the one hand, an energy price cap can only bring good news, at least to those who benefit from the potential savings. But, as outlined above, the introduction of price caps could have a negative effect on competition within the energy market, particularly if the bigger suppliers pull the best deals and the smaller ones are forced out completely.

The manifesto states: “the competitive element of the retail energy market by supporting initiatives to make the switching process easier and more reliable”, and goes on to recognise the importance a competitive market plays not only in keeping prices down, but in keeping the industry fresh by encouraging new product developments – something a simple price cap wouldn’t achieve.

When will an energy price cap take effect?

No-one knows when an energy price cap will be introduced, if ever. Having made the introduction of a price cap a key part of their manifesto and general election campaign, Theresa May failed to include it as part of last week’s Queen’s speech, which suggests the plans have been shelved.

A cap on energy prices weren’t the only pledge to have been omitted from the Queen’s Speech, an increase in NHS spending, means-testing for winter fuel payments and plans to scrap the triple-lock on pensions were also missing, and it’s anyone’s guess whether the government plans to take another look at these issues at a later date.

This signals something of a blow for all domestic energy customers - greater industry regulation when it comes to pricing, and at least one eye on the performance of price comparison websites can only lead to a more competitive energy market and fairer deals for customers. We’ll have to wait and see if the plans are picked up again, once the focus eventually shifts from the Brexit negotiations.

To find out more on how Brexit might affect energy prices, check out What impact will Brexit, the closure of Rough and the Qatari crisis have on energy prices?

In the meantime, if you’re energy deal is due to expire soon, or you’ve never switched before and stuck on an expensive standard rate, head over to UKPower’s energy switching page where you can instantly compare prices from a wide panel of energy suppliers to get you the best deal and save money on your energy bill.