Is your landlord A-rated for energy efficiency?

Tenants are over-paying on energy by an estimated £13 million every month, according to the findings of a study by AXA, specialists in UK landlord insurance.

Almost half (43%) of the tenants surveyed for the study said cold and damp dwellings were their biggest cause for concern when renting a property, while a quarter (25%) felt they were paying over the odds for their gas and electricity, due to the energy inefficiency of their homes. 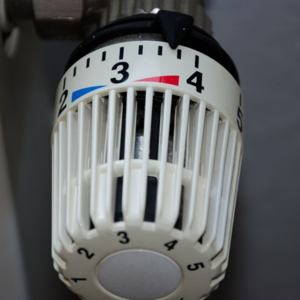 Energy inefficiency is a health and wealth hazard

Analysis of customer’s monthly bills has revealed the average monthly bill in a Band A rental is £61 per month, increasing to £76 in Band E, and up to as much as £112 in Bands F to G – overpayments which add up to an eye-watering £13 million every month.

The study also found that 5% of properties pose an ‘excess cold hazard’ to residents as they fall into the worst-rated Bands F and G. This means one in every 20 rental properties are at risk of contributing to fuel poverty for tenants and increased CO2 emissions.

In the very worst cases, an excess cold hazard can lead to the ill-health, and even death, of those living in such conditions.

If landlords don’t address this issue, they will find their properties banned from the private rental market next April when minimum standards come into force.

The good news is, the message seems to be getting through, as the private rental sector has seen a rapid improvement in energy efficiency over the past two years.

The number of rental properties failing to meet minimum requirements is falling fast – the study found that the number of F and G banded rentals has halved since 2015 when official estimates put them at one in ten, and more than half of tenants surveyed by AXA said their current rentals are in bands A to C.

The private rental sector also compares well when it comes to energy upgrades. Tenants in England and Wales are now more likely to have smart meters installed, adequate roof insulation and fewer inefficient (pre-2005) boilers than people who own their own homes.

And the figures are even more impressive in Scotland, where tenants report the highest energy efficiency in the UK. Over three-quarters of rentals have double glazing (83%) and roof insulation (76%), while just under that number (73%) have modern boilers installed.

What should your landlord be doing?

The advice to those landlords running properties in the worst-rated bands is to consider upgrading their properties as a matter of urgency – properties in Bands F and G will be forced from the market next year, and those in Band E may are likely to join them over the coming years following last week’s recommendations to Government in a report from Frontier Economics, a microeconomics consultancy providing economics advice to public and private sector clients.

The report - Affordable warmth, clean growth - has won the backing of more than 20 organisations, including green campaigners, thinktanks, companies selling insulation and services, and the energy companies E.ON and Npower.

Help is on offer to landlords under schemes like the Green Deal, while tenants on low incomes can access support from the Affordable Warmth Obligation.

Commenting on the findings of the AXA study, Gareth Howell, managing director of AXA Direct, said: “Our study has found that landlords are making significant investments into improving the energy efficiency of their properties. And this is part of a bigger trend: when we look at our surveys of tenants and landlords over the past five years, we see progress across the board – on security, maintenance and numbers with proper tenancy agreements in place.

He added: “Many landlords we speak to are ‘accidentals’, who typically own one or two properties. They are, by and large, professionalising and investing more seriously in their tenants’ comfort and the future health of their rental properties. Pockets of failure exist in this market, but it is not the story for the 95 per cent of landlords who are trying to do the right thing.”

What if your landlord won’t carry out repairs?

Citizens Advice is clear that your landlord is is responsible for most major repairs to your home if you rent privately. This includes:

You’ll be responsible for minor repairs, for example changing fuses and light bulbs. You’ll also have to fix anything you’ve damaged.

If your home is damp, your landlord might not be responsible. It depends on what type of damp it is - and what caused it.

Although your landlord doesn’t have to make improvements such as double glazing, since April 1, 2016 tenants have been able to request consent from their landlords to carry out energy efficiency improvements to privately rented properties.

And while the landlord will not be able to unreasonably refuse consent, the onus to fund these improvements lies with the tenants, and no upfront costs fall on the landlord, unless they have agreed to contribute – a bizarre rule that could see tenants make significant improvements to a property, which could increase its value and, ultimately, only benefit the landlord in the very long term.

If you landlord refuses to make any repairs or alterations to the property that you deem to be essential, you must write to them, or the letting agent, as soon as possible to highlight the problem, though an email and a phone call to confirm receipt might be quicker.

And always add evidence where possible, this could be photographic proof of areas that need repairing, receipts if you’ve had to replace any damaged items, or a letter from our GP if the problem has made you ill.

Never, ever withhold rental payments as this can give your landlord grounds to evict you, even if they are in the wrong regarding the repairs.

If you’re moving into your first home, sorting out your energy supply won’t be at the top of your to-do list. But switching to a better energy deal with UKPower could save you hundreds of pounds a year - money you could put to good use in your new home.