A collective switching trial run by Ofgem, the energy regulator, has saved UK households around £3.3 million on their annual energy bills. 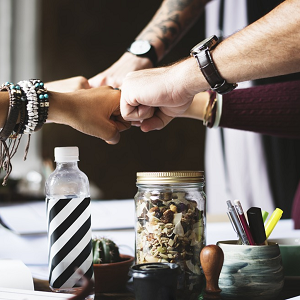 The trial targeted 50,000 households who had been stuck on Scottish Power’s standard variable tariff for at least three years, 11,000 of which signed up to switch supplier and save an average of £261 a year on their gas and electricity bills.

Although only one-in-five customers on the trial actually made the switch, the regulator reckons it’s been a success, not least because it offered an insight into the switching habits of those who are disengaged with the market.

What is a collective switch?

A collective switch is when a group of consumers club together, usually via a third party such as a local council or energy comparison service, to switch to a specific tariff from the same gas and electricity supplier.

The idea behind a collective switch is that a group will be able to negotiate a better deal than an individual household, meaning anyone who signs up to a group deal will be able to save more on their energy bills, than if they switched by themselves.

UKPower has run several collective switches, the last of which saved our customers an average of £292 a year on their energy bills.

What have we learned from Ofgem’s collective switch?

Ofgem handed the responsibility of negotiating the tariff and providing the comparison and switching service for the trial over to Energyhelpline, and to help make the switch even easier, it insisted that customers shouldn’t have to provide their existing tariff details to get a personalised energy quote.

Instead, Scottish Power had to hand the customer information directly to Energyhelpline, who then used this information to negotiate a deal and calculate costs for the 50,000 trialists.

These customers were then contacted by Scottish Power to offer them the chance to opt out of the trial if they didn’t want their data shared, and those who didn’t opt out were then sent letters outlining how much they could save by switching to the collective tariff, and given the option to switch online or over the phone.

And this is where it gets interesting.

Almost a quarter (22.4%) of those who received a letter informing them of the option to switch went ahead and switched, compared to just 2.6% in control group of 5,000 similarly disengaged customers who did not receive any information about the collective switch offer.

The 22.4% switching rate is also slightly above the national average of 20.2% of households who switched supplier in 2017*, which suggests that a lack of information on the benefits of switching could be a major barrier for many customers, particularly those who are disengaged with the market.

The trial also found that close to a quarter of those who switched to the collective switch tariff or to other deals listed by Energyhelpline were over 75 years old – switchers are most likely to be in the 35-64 age range, which suggests that more elderly customers than usual were engaged in this trial.

Rob Salter-Church, Ofgem’s interim executive director for consumers and markets, said: “Many customers on poor value default deals rarely switch because they think it’s too much hassle, or might not realise how much they can save.

“The results of this trial demonstrate that offering a simplified collective switch and providing personalised savings can be a big help in giving these customers the confidence and reassurance they need to start a switch.

“It’s particularly welcome to see many of those who typically are less likely to switch, such as older people, taking advantage of the savings available during the trial.

“Ofgem will work with suppliers on a larger collective switch trial as the evidence so far suggests that it could help many disengaged customers get a better deal. We will also protect those who don’t switch from being overcharged by putting in place a price cap.”

You don’t have to wait until then to make significant savings on your energy bills though, switch with us today and you could cut your bills by as much as £482.