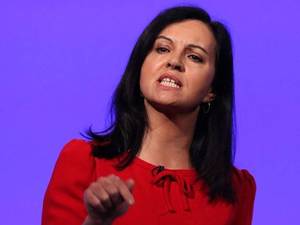 Speaking at an opposition debate, Flint said: “The purpose of our price freeze is to compensate customers, consumers for the falling wholesale prices we saw in 2009 which was never passed back to them.”

The criticism was offered amongst accusations that the current Government and energy companies were scheming together, citing practices such as selling cheaper energy deals through third party vendors such as supermarkets.

Yesterday E.ON announced that they were cutting the price of gas by 3.5%, but in response Flint said that the gesture was simply not enough.

“Any cut to anyone's energy bill is to be welcomed, but E.ON is one company and they have only cut the price of one fuel gas. Electricity prices remain unchanged and it just so happens they have got more electricity customers than gas customers.”

Despite this torrent of criticism the current energy secretary Ed Davey said he remained confident that other energy suppliers would follow in E.ON footsteps and cut the prices of their tariffs soon. Davey went on to criticise Labour’s energy plans if they were voted into Government in May, claiming talks of future price freezes could have tempered E.ON’s decision to cut prices further.

“I confidently predict competition will force the other large energy firms to cut prices or they will continue to lose customers in droves to competitors. That's competition. I'm very confident we will soon see more energy firms cutting their prices and offering even better deals.”

Only time will tell if customers will experience a fall in the price that they pay for their energy. But, for now you can make sure you’re on the cheapest deal by using our price comparison service.