With last week’s debates over and the general election looming, we look at the main points and policies of the Conservative party’s manifesto. After tough criticism, Theresa may has already circled back on some promises made both before and in the manifesto. Just weeks after the release of the manifesto, and days before the general election, how are the Conservative policies holding up? 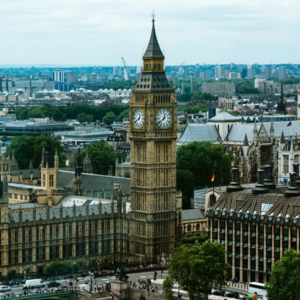 Some of the toughest criticism faced by Theresa May was over her planned energy price cap. Industry spokespeople voiced their concerns over the perceived meddling in the market, and the effect this could have on competition.

In response, the Prime Minister has scaled back the proposals. Those on the poorest value tariffs will still benefit from a price cap, however, instead of the market wide cap proposed the manifesto plans to keep prices down by making it easier for consumers to switch.

Despite the manifesto being called a ‘car crash for the environment’, the increased focus on Shale gas extraction is accompanied by the proposed formation of a shale gas industry environmental regulator. Further to this, on-shore wind farms in Scotland have been welcomed by environmental groups, along with a commitment to make all cars zero emission by 2050. In an attempt to win over the communities in which fracking will be taking place, the manifesto details a plan to increase the share of shale gas tax revenue that the communities see.

Although Brexit has not formed as much of the debate as Theresa May might have hoped for, it still forms a large part of her strategy. Controls over immigration and protecting the economy are at the forefront of many voter’s minds and this is reflected in the manifesto from the outset.

While seeking to exit the single market, and the customs union, the prime minister says she will look to form strong trade partnership with E.U. members going forward, seeking a ‘deep and special partnership’.

The continued pledge to reduce migration to the ‘tens of thousands’ is the keystone of the manifesto’s migration policy. It explicitly states that foreign students will remain within the net migration figures, and will find it more difficult to remain after they have studied. The manifesto details plans to double the migrant skills levy for those businesses wishing to employ foreign workers, to £2000.

Healthcare and The National Health Service

The manifesto pledges to increase health spending by 8 billion in real terms over the course of the parliament. With the bitter disputes over junior doctor’s contracts still fresh in the minds of many in the NHS, G.P.s and consultants will be faced with further contract negotiations.

Housing features heavily in the manifesto. The party has pledged 1.5 million more homes by the end of the parliament. This will be achieved with the ‘active participation of social and municipal housing providers’. Right to buy will continue after 10 or 15 years on these properties. Profits raised here will fund the building of new houses.

Another set of policies over which Theresa may have taken heavy fire is social care and pensions. In particular, means testing for winter fuel allowances and the planned ‘dementia tax’ has been a cause for alarm for many of May’s critics. Under proposals, the savings and assets threshold, under which people in need of care will not need to pay, will increase fourfold from £23,250 to £100,000. Homeowners, however, will see the value of their property included in their assets, meaning overall many more would have to pay for care. Since the manifesto, Theresa May has announced, in the face of much criticism, that the number of people who will need to pay for care at home will be subject to an ‘absolute’ limit.

Along with a proposed £4 billion investment over the course of the Parliament, the conservative manifesto sets out plans to build and extra 100 schools every year.

Despite the manifesto laying out plans for the reintroduction of grammar schools, special Math’s academies, and the introduction of T-level exams, much of the debate surrounding schools has focused on the scrapping of free school lunches for infants in England. This, the manifesto claims, will be replaced by free breakfasts for all children at primary age.

Although the conservative manifesto does propose more spending, this is predictably much lower than that outlined in Labour’s manifesto. As a result, many critics have levelled the charge that Theresa may is merely ‘tinkering’ with problems that require more fundamental reforms. An example of this can be seen in the party’s scaling back of energy price caps. Despite this, the plan to increase the income tax threshold to £12,500 a year will be welcomed by many on low incomes, as will the increase on the 40p tax rate to £50,000 by those higher income earners.