Ofgem has fined three electricity suppliers - RWE Generation, Orstead and UK Power Networks - a total of £10.5m following a huge power cut in August that left more than a million people with no electricity and caused travel chaos across the country.

The energy regulator will also look into the part played by National Grid. 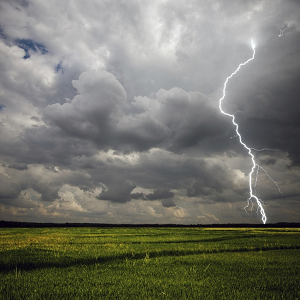 What happened to cause the power cut?

The power cut has been described as an exceptional event, and it’s easy to see why as it was ultimately caused by a lightning strike that took out two power stations - Hornsea offshore wind farm and Little Barford Power Station.

This caused a huge power cut just before 5pm on Friday, August 9 and blackouts spread across the Midlands, the South East, South West, North West and North East of England, and Wales, taking out large parts of the rail network at a peak commuter time.

The equipment within the generators at each of the power stations should have been able to ride through the lightning strike, and such an event shouldn’t result in a countrywide power failure.

Power was restored to the networks within around 50 minutes of the initial outage, but the Ofgem investigation also found that local network operators may have exacerbated the problem - UK Power Networks began reconnecting customers without being asked to by the electricity system operator (ESO), which could have potentially jeopardised recovery of the system.

The £10.5 million raised will not go to compensating those affected by the power cut, it will instead be paid into a redress fund, which will be overseen by Energy Savings Trust, a charity. Following Ofgem's investigation.

It seems National Grid shoulders none of the blame for the August power cut, but Ofgem is still looking into this and has identified a number of issues with the Grid's processes and procedures which need to be addressed to reduce the risk of future power cuts.

The regulator has ordered the company to review and change how it operates, and is now widening its own review into National Grid's role as ESO.

The regulator’s report has recommended the following three actions for UK energy companies:

Jonathan Brearley, Ofgem's incoming chief executive, said: "As the energy market changes it is vitally important we futureproof the networks to ensure consumers continue to benefit from one of the most reliable electricity systems in the world."