Power cuts avoided but price rises on the way

You might not be aware, but the UK was on the brink of an energy supply crisis last week.

With the BritNed link unavailable (that’s the undersea interconnector that transports electricity from mainland Europe to the UK) and the wind almost at a standstill, the UK was facing a power shortage as temperatures dropped. 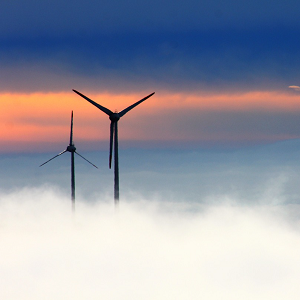 National Grid urgently called for an extra 584MW of capacity to make up the potential shortfall faced by suppliers, and the crisis was averted.

But it came at a cost, as hourly wholesale electricity prices briefly shot up to an eye-watering £1,000 per MWh. To put that in perspective, this increase puts the electricity unit rate at £1 - a huge increase on the current rate of about 14.5p per kWh.

This is the fourth time since late 2020 that National Grid’s Electricity System Operator has had to issue such a late notice for extra capacity.

And while it’s a way to stave off power cuts, if it continues we could have a bill payment crisis if households and businesses are hit with bills that are up to ten times higher than normal. It’s a situation that would be pretty bleak in the best of times, could be catastrophic given the ongoing pandemic and the uncertainty surrounding the impact of the UK’s departure from the EU - when it comes to potential power cuts and higher energy prices, Brexit has a can of worms all of its own.

To make matters worse, the UK could already be on the brink of a bill payment crisis.

Is the UK headed for an energy bill payment crisis?

Since February last year, almost a million UK workers have lost their jobs as the pandemic has forced employers to make cuts or close their businesses. Over the same period, more than 600,000 households have fallen behind on their energy bills, according to figures from Citizens Advice. It’s estimated that these households owe an average of £605 for gas and £760 for electricity.

In an attempt to stop customers being cut off, Ofgem has put provisions in place to ensure that households dealing with energy debt are put on ‘realistic and sustainable’ repayment plans and that those struggling to top up their prepayment meters are offered emergency credit.

Although Ofgem’s measures provide a vital lifeline for customers, they don’t do much to help the energy suppliers, who are bracing themselves for an increase in the number of customers falling into debt. To help tackle increasing levels of bad debt, the regulator has proposed a £21 hike on energy bills as part of its energy price cap review. The increase will take effect from next April, and although it will only be applied to standard variable rate tariffs, suppliers usually adjust their prices accordingly, so we could see price hikes across the board.

But an increase in the level of the price cap is only part of the problem.

Figures from Energy UK, the UK energy trade body, show that it can be up to £175 more expensive to supply customers with energy now than it was in April last year. And energy prices rose by almost a third year-on-year between December 2019 and December 2020.

All of which reinforces the importance of switching energy suppliers to make sure you’re on the best rates. Run an energy price comparison with UKPower now to see how much you can save. It only takes a matter of minutes to compare rates from a range of suppliers and we’ll take care of the rest of the switch.