Should energy efficiency take priority over a price cap?

Back in 2017 - just before the introduction of the energy price cap - we asked the question "Should energy efficiency take priority over a price cap?"

Now, given that the price cap is in the news (surprisingly, for all the right reasons) and home insulation is in the news (sadly, for the wrong reasons) we thought now was as good a time as any to revisit the question. 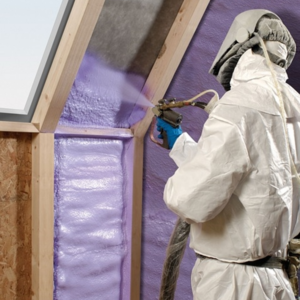 But, before we dig deeper into all that, a quick look at why the price cap and home insulation are currently both in the news.

Why is the energy price cap back in the news?

The main reason the price cap is back in the news is that wholesale energy prices (the amount suppliers pay for the energy they sell on to you) have been soaring and the price cap review is due next month.

There are fears that the cap could rise by as much as 51% to reflect the wholesale rates. This could push the energy costs up by around £500 for the average household, with annual bills of up to £1,925 for those on standard variable rate tariffs.

Prepayment meter customers will also be hit with massive price hikes when the new level of the cap is announced.

If you’ve tried to switch energy in the last couple of months, you’ll have noticed that’s it’s almost impossible to get a quote. This is because market prices have been so volatile that suppliers dare not quote fixed rates in case wholesale costs rise even more.

The good news is that the price cap has been doing its job and keeping prices relatively low for anyone being rolled onto their supplier’s standard variable rate tariff when their fixed rate deal ended.

The bad news is that prices are likely to soar right across the board once the new level of the cap is revealed. This means you could see rates soar by around 50% even if you switch to a fixed rate deal.

For a full breakdown on why this is the case, check out this Twitter thread 👇

It's no secret that we've been critical of the #energypricecap in the past, but it appears to have come into its own over the last week or so and seems to be working for households across the UK. Here's why...
🧵

Why is home insulation in the news?

You've probably heard about Insulate Britain. And you've probably heard nothing but negative news about the pressure group. It's a shame that the media has sought to focus on their protest methods rather than their cause, as it's a really important one.

The UK has some of the oldest and least energy-efficient houses in Europe. Nearly 15% of the UK’s total emissions comes from heating homes, which means huge amounts of energy are wasted heating and cooling buildings across Britain.

Scaling Up Retro fit 2050 is a report from the Institution of Engineering and Technology (IET), that outlines how we need upgrade the UK’s energy inefficient homes to meet the legal energy-saving targets set out in the 2008 Climate Change Act.

Despite the problems, a government spokesperson has said they have already made ground on improving the energy efficiency of England’s homes, which he says has improved from 9% rated C in 2008 to 40% today.

The spokesperson has also said all new heating systems installed in UK homes from 2035 will be low-carbon technologies. These include things like heat pumps and hydrogen-ready boilers.

He added: "Improving energy efficiency is the best long-term solution to tackling fuel poverty, which is why we are supporting households across the UK to improve their energy performance and reduce bills, having already invested £1.3bn this year alone to upgrade up to 50,000 homes.

"The Energy Price Cap will remain in place, shielding millions of customers from rising global gas prices, and we are continuing to support lower-income households through £4.2bn in support, including the Home Upgrade Grant, Energy Company Obligation and the new £500m Household Support Fund."

Under the new Low Income Low Energy Efficiency (LILEE) metric, the number of fuel poor households in England in 2019 was estimated at 3.2 million, representing approximately 13.4% of all English households.

And it's a problem that could get even worse in the coming months as households feel the effects of furlough ending, the government stops the £20 Universal Credit uplift, and higher energy prices kick in.

There are three important elements in determining whether a household is fuel poor:

Under the LILEE indicator, a household is considered to be fuel poor if they are living in a property with a fuel poverty energy efficiency rating of band D or below, and when they spend the required amount to heat their home, they are left with a residual income below the official poverty line

Although the energy price cap is currently helping households keep their energy bills down, it's not always worked out in the best interests of consumers, particularly when the regulator added extra on to help energy suppliers deal with bad debt as a result of the pandemic.

And there is a real risk that prices could soar at the next review to help suppliers recover money lost during this current energy crisis (for more on that, check out this blog from Bionic - Why are energy prices rising?

So, we're once again asking, does a price cap miss the point, and merely paper over the cracks of fuel poverty that are caused by the UK’s domestic energy-efficiency problem?

The UK has more old houses than any other EU country, and poor maintenance and insulation means they’re also among the most expensive to heat. Statistics from the Buildings Performance Institute Europe (BPIE), show over half of all British properties were built before 1960, while just over 10% have been built since 1991.

These older homes need at least double the energy to stay warm compared with many countries, even those with colder climates, and it’s this poor energy efficiency which is the main cause of fuel poverty, a serious issue that affects 4.5 million households.

Data from Eurostat shows there are 19 million UK homes that have poor energy efficiency grades of C or below on their energy performance certificate, and once grades start reaching F and G, houses can be exposed to levels of cold that can kill – 25,000 people die in the UK each year as a result of the cold.

Is your rental property meeting the required energy standards? Read[Is your landlord A-rated for energy efficiency? (https://www.ukpower.co.uk/gas_electricity_news/is-your-landlord-a-rated-for-energy-efficiency) to find out more, and what you can do if it isn’t.

Up until recently, the UK actually had an effective system in place to address the problem of domestic energy efficiency, but it was cut by the Conservatives in a desperate bit of electioneering, ironically, in response to the suggestion of an energy price cap.

Ed Milliband, the former Labour leader, first mooted an energy price cap back in 2014, when the Conservative Party not only deemed the idea to be a reckless intervention that would destroy competition in the market, but also cut the levy on energy bills which paid suppliers to fit insulation and implement other energy efficiency measures.

In an attempt to tackle the problem of high energy bills, this short-sighted fix saw the levy halved from £1.4 billion to £650 million per year, and although still a sizeable sum, it led to an 80% drop in the number of energy efficiency measures being installed in UK homes.

The worst part of all is that this efficiency drive, led by the levy on energy bills, was proving to be the most effective way to lower prices – a study from UK Energy Research Centre (UKERC) has found that in 2015, the average household energy bill was £490 lower than it would have been without improvements in energy efficiency, and concluded an ongoing programme would have the potential to cut bills in half.

Jim Watson, Director of the UK Energy Research Centre, said: “This research proves that there is still huge potential to save energy from UK homes.  It is clear that reducing energy demand needs to be a priority if the government is serious about bringing down energy bills. It should be the centrepiece of the Clean Growth Plan, which is now overdue.”

Thankfully, details of the Clean Growth Plan have now been released, and energy efficiency for both households and businesses is at its core.

In recent news, the Energy Efficiency Infrastructure Group has called on the Prime Minister to prioritise energy efficiency through improving the insulation of homes. The group says the UK could save up to £7.8bn a year, and each UK household could save more than £500 a year on their energy bills. This comes as the current government are facing pressure to take action over the soaring gas bills over these last few months. Most recent government interventions have failed to solve the problem, with the most recent scheme, the Green Homes Grant, being scrapped just six month after its introduction.

As of now, Boris Johnson has promised to spend £9bn for energy efficiency up to 2030 in his manifesto.

The government has released its Clean Growth Strategy, a 164-page document outlining how it will hit its target of cutting carbon emissions by 57% by 2032. The strategy covers everything from clean energy generation to plans to bring all households’ energy efficiency rating up to grade C by 2035.

Although it’s not entirely clear how this objective will be met, existing schemes to improve insulation will be extended until 2028, and plans will be drawn up later this year to replace the existing Levy Control Framework with a new set of controls beyond 2020/21.

What do you think? Should the government be concentrating on energy efficiency measures instead of imposing a price cap? Get in touch on Twitter or Facebook to let us know your thoughts.