UK households are getting more savvy when it comes to switching, with an estimated £1.7 billion saved on energy bills in 2019.

But some of those switched-on energy customers stand to lose out on a combined £16 million if they don’t switch again when their fixed rate deal runs out on January 31st. 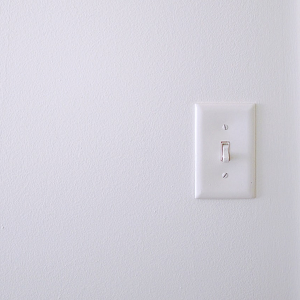 How much have households saved from switching?

Switching energy with UKPower could knock hundreds of pounds off the cost of your annual energy bills - at least 10% customers who switched both gas and electricity supplier with us between January 1, 2019 and June 30, 2019 saved £477 or more.

It’s difficult to say exactly how much an energy switch could save you - although we can estimate how much energy you’ll use based upon your house size, there are all sorts of factors which affect your energy usage and costs, including how and when you use energy and the energy efficiency of your house.

That’s why it’s important to give us as much information as possible when comparing energy deals, so we can give you as accurate a quote as possible.

The part of the country you live in also affects the rates you pay - to find out more about how where you live impacts energy prices, check out our guide to regional energy prices - and also the amount you can save.

Figures from uSwitch, UKPower’s switching partner, show that households in Broughton in Manchester switched and saved the most in 2019, with residents cutting £2,717,298 from their outgoings.

Why you need to switch energy supplier now

If you switched supplier at the start of 2019, you need to start comparing quotes now and switching to a new deal before your current one ends.

Almost 50 fixed rate deals are due to end this month, which could see energy bills rise by as much as £190 a year for around 142,000 households - collectively, that adds up to an eye-watering £16 million needlessly spent on gas and electricity.

The average increase in energy bills will be £114 but some could see annual price hikes of £190 – equivalent to a rise of 19%.

To find out if your fixed rate deal ends this month, check out What happens when your energy deal ends?

You also need to switch now if you’re on a standard variable rate tariff (SVT). If you’ve let an old deal lapse or you’ve never switched energy supplier in the past, your energy supplier will place you on its more expensive SVT, meaning you’re paying more than you need to for gas and electricity.

The good news is that fewer people than ever before are on SVTs, with around half of all energy users moving away from suppliers’ standard rates to more cost-effective fixed rates.

The part of the country you live in also seems to have an effect on whether or not you switch away from an SVT - 46% of households in Glasgow made the switch from SVT to fixed rate in 2019, closely followed by 42% in Cardiff and Swansea.

2019 looks like it’s going to be a record year for switching, which is great news for energy-savvy households across the UK. If you’re on an SVT or your fixed rate deal is coming to an end, make sure you get 2020 off to a great start and switch to a better energy deal.

And, don’t forget, if you’re a business owner, UKPower can find you a better business energy deal to knock hundreds of pounds off the cost of your commercial energy bills.