The government’s push for consumers to consider their energy options 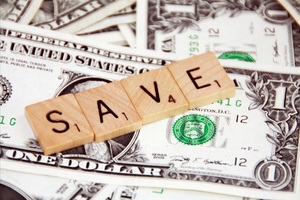 Ed Davey will lead a new government effort to champion switching in the energy market, and urge consumers to explore their options when it comes to their gas and electricity tariffs. According to consumer group Which?, UK energy consumers paid almost £3 billion pounds more than they needed to last year, by not being on the cheapest tariffs available to them.

Despite the recent controversy surrounding wholesale gas prices and the Big Six energy suppliers failing to pass on satisfactory savings to customers, this new government ‘switching push’ will not directly target customers of the market giants.

The focus of the movement will be more on the time it takes to switch suppliers, off the back of the recent challenges that the Energy and Climate Change Secretary set for the industry. Davey said that now the industry had successfully delivered on the challenge he set, it was time to challenge consumers to engage with the market.

With suppliers under pressure to offer cheaper tariffs, plus the government pushing for even faster switching times (as little as 24 hours is the ultimate goal), the energy market is more competitive than it has been, making it the perfect time for consumers to switch tariffs and reap the benefits. The government has made an effort to change the energy market into a fairer platform for consumers, so now it’s up to customers to take the reins.

Consumers in the UK could stand to knock an impressive £200 on average off their energy bills, just by switching tariffs. If you’d like to see the gas and electricity options that are available to you, you can start a comparison on our home energy page.