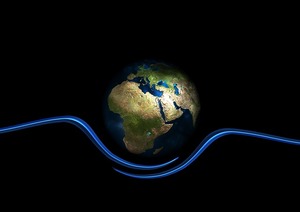 As part of their climate deal, the United States and China have reached an agreement to considerably reduce the amount of greenhouse gas emissions currently driving climate change across the globe.

The new agreement between both countries states that the U.S. will reduce its level of carbon emissions from 26-28% below the levels seen in 2005 by 2025, which is almost double the rate outlined in the country’s current plans.

It is hoped that the formation of this agreement between two of the world’s most powerful countries will send a message to political leaders and environmentalists around the world, that solving the issues contributing to climate change should be a top priority.

It is also likely that this will be a strong signal for investors to consider the economic benefits of investing in wind energy, and other ‘clean’ electric and gas power solutions.

Tom Kiernan, the CEO of the American Wind Energy Association, said of the agreement:

“Wind power “is one of the biggest, fastest, cheapest ways to reduce carbon pollution, and it means American workers can make more of our own energy right here in America.

“This agreement sends the right message to businesses and investors that scaling up clean energy not only benefits our economy, but will continue to be supported at the highest levels as something the world needs.”

In the U.S., wind energy has been the largest zero carbon emission energy source for the last thirty years; annually helping the country to reduce their carbon dioxide output by 127 million tons. Consider this fact, that the emergence of the United States’ agreement with China, this continuing investment in clean energy is likely only to see growth in the coming years.