Plans for two new UK nuclear plants have been scrapped after Hitachi pulls out of nuclear power projects in Wales and Gloucestershire. 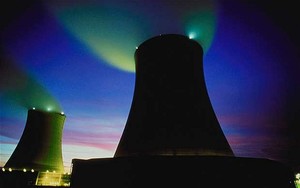 What is the Wylfa Newydd nuclear project?

Wylfa Newydd was a project to create one of the UK’s biggest nuclear power plants. The plant was due to be built on the island of Anglesey, off the North Wales coast, and was part of a project that would see another nuclear plant developed at Oldbury on Severn in South Gloucestershire.

The Wylfa Newydd site was set to house a two-reactor plant with the potential to power up to five million homes, and was the biggest energy project ever proposed in Wales. The new plant was set to replace the old Wylfa plant that was shut in 2015 after 44 years of service.

Both projects were seen as a real economic opportunity for both regions, but especially the Anglesey plant, which was predicted to have ripple effects throughout the whole of Wales that would boost the Welsh economy by £5.7 billion, according to independent research.

Why has the Wylfa Newydd project been shelved?

Money. As you can imagine, nuclear power plants can’t be assembled on the cheap, and the Wylfa Newydd project was projected to go over budget.

This caused Hitachi, the Japanese tech company putting billions into the project, to get cold feet and pause the project amid fears of rising construction costs and the ongoing uncertainty around Brexit.

Hitachi has been in talks with the UK government since 2018 regarding the amount of public money that can be invested into the project. The government had put forward a consultation so the costs could be added to the energy bills of households and businesses across the UK, to pay the construction costs up front.

But with no outcome forthcoming and no solid commitment by the government, the pause button was hit in January 2019, just as 9,000 workers were primed to start the construction phase.

The plug was finally pulled on the project today (September 15, 2019) as Hitachi decided to cut its losses with no funding agreement having been reached with the government.

New Horizon, the Hitachi subsidiary charged with managing the project released a statement via its Chief executive, Duncan Hawthorne, who said: “I understand this announcement will be disappointing for our many supporters who had hoped to see our project through to completion and I would personally like to thank you for your support throughout our time on this project.

“In particular I would like to thank our lead host community of Anglesey in Wales, represented by the Isle of Anglesey County Council and Welsh Government, and the key representatives around Oldbury.”

Hitachi also issued a statement to confirm the worsening investment climate due to the coronavirus pandemic was also to blame for the decision. It said: “Hitachi made this decision given that 20 months have passed since the suspension, and the investment environment has become increasingly severe due to the impact of Covid-19”.

The UK government has not yet issued a statement, but the Welsh Affairs Committee has described the news as "a blow for Wales and the UK's ambition to achieve net-zero carbon emissions by 2050."

Welsh Affairs Committee chairman, Stephen Crabb MP, said in a statement: "This was set to be the largest energy project Wales had ever seen with a positive impact on skills and employment in the region. With the nation's remaining nuclear plants ageing and the need for low-carbon, high yield plants needed to replace them urgent, it has never been more important than now to ensure energy security."

The news is also a huge blow to the UK’s green energy efforts, as the government has previously stated that nuclear was part of its push towards cleaner energy for the UK.