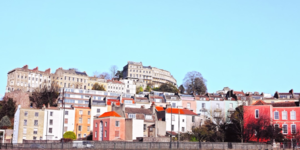 A recent study into the energy consumption habits of UK residents has found that we used 14% less energy as a nation in 2014, yet we spent more than ever before on energy bills.

Experts have attributed this decline in energy use to the milder weather experienced last year. But, it has been predicted that the contrast between falling energy consumption and the rising cost of bills will inevitably lead to awkward questions around the level of supplier profit margins.

The figures come as shock in light of recent reports that suggested the UK is becoming more self-sufficient when it comes to energy – increasing gas production and reducing the country’s dependency on expensive and unpredictable foreign fuel markets. In addition, energy sourced from renewable means, such as wind and solar energy, is also at a record high, reaching a 19% share of the electricity generation for the UK.

So, as a country, the UK is becoming more aware of the amount of energy that it’s using and making efforts to source it in more cost effective and environmentally friendly ways. But the average cost of a household’s energy bill continues to creep up, along with supplier profits.

“As well as milder weather, the dip in energy consumption can also be attributed to the fact we’re investing more to improve the energy efficiency of our homes through things such as cavity wall/loft insulation, solar PV, wind turbines and other energy efficiency measures. This investment in new technologies is an additional cost affecting our energy bills meaning, whilst our energy consumption dips, the cost per unit rate increases.

“It goes without saying that greater transparency is required to ensure we understand the true impact on energy prices, but it’s equally important that we understand the pressures imposed on energy suppliers as we compete in a global energy market as well as trying to seek and secure sustainable energy sources.”

If you're worried about the amount that you’re spending on energy bills, see if there is a cheaper tariff available using UKPower.co.uk’s price comparison service.