Why NOW is the time to switch energy

It’s switching season. September is coming to an end and the first winter chills are in the air, which means now is the time to switch energy with UKPower 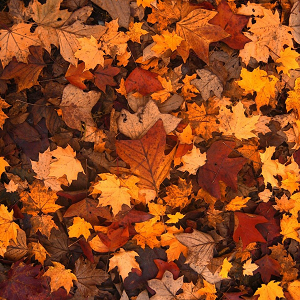 Although there’s never a bad time to switch energy and save money, some times are definitely more optimal than others - and autumn is definitely one of those times.

While we’ve all enjoyed an Indian summer this year, the first signs of autumn are now in the air - the mornings are tinged with a winter chill and the nights are definitely drawing in. And when the weather gets colder and darker, we need to use more electricity and gas to light and heat our homes.

If you’re on an expensive energy deal as winter approaches you could be in for a shock when your next energy bill approaches - this can be a double whammy if you’re on a standard variable rate tariff as you’ll not only be using more energy, you’ll also have the inevitable winter prices rises to contend with.

Energy prices are on the rise

It's also the case that energy prices are on the up - a drop in demand during lockdown saw wholesale prices plummet. Even so, studies have shown that households were actually paying more for power at this time - to the tune of 37% or £31.21 a month - due to a surge in the usage of dishwashers, washing machines, ovens and hobs, games consoles, televisions and laptops, as well as in lighting and heating, as we were all confined to life indoors.

But the lower wholesale rates bottomed out in late July and have been on the rise ever since. Although they could fall with another lockdown, it could be a good idea to lock in rates with a fixed rate deal now, before they creep up any further.

Why do energy prices rise in winter?

Winter can play havoc with energy costs, and it’s usually the case that worse winter weather means higher energy prices. It might seem unfair of energy companies to raise prices just as we need more energy, but that is actually part of the problem - a greater energy demand puts more strain on supply lines, meaning we need to import more power from Europe and this, in turn, costs energy companies more money.

You might not realise it, but the UK is massively reliant on natural gas for its energy supply, and around 40% of the gas we use in the UK comes from Norwegian and other European pipelines. Although renewables are making up more and more of the UK’s electricity supply, around 6% is still generated in France, the Netherlands and Ireland.

To find out more on imported energy, check out our blog Will the UK suffer energy shortages after Brexit?

Wild winters might not be such a bad thing if we can harness their power for large scale electricity generation.

And, for reference, one GWh is equal to one million kWh (kilowatt hours) of electricity, which is enough to power around a million homes for one hour.

Is your energy deal coming to an end?

Along with looming bad weather, the impending end of your latest energy deal also represents a great time to switch. This is because your supplier will place you on its standard variable rate when your current fixed rate deal ends - not only will this come with your supplier’s most expensive rates, it also leaves you wide open to being hit by those winter price hikes.

More than 50 energy deals end this month, if yours is one of them, pop your postcode in the box on the right and switch now.