Will the energy price cap save you money?

Ofgem has announced that its price cap on expensive standard variable tariffs will take effect on January 1, 2019, removing around £1 billion of overspending on household energy bills.

The energy price cap is set to help cut bills for 11 million customers on poor value default tariffs – saving you around £76 if you’re on your supplier’s default or standard tariff, or as much as £120 a year if you’re on one of the most expensive tariffs. 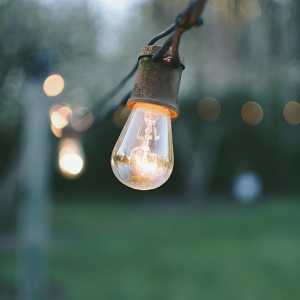 How will the Ofgem price cap work?

Back in September, Ofgem announced it would be putting a price cap in place to limit the amount suppliers could charge customers on standard variable rate tariffs. The cap was set at of £1,137 a year for a typical dual fuel customer paying by Direct Debit and so, as of January 1, suppliers will have to cut the price of their default tariffs, including standard variable tariffs, to the level of or below the cap.

Dermot Nolan, chief executive of Ofgem, said: “From 1 January, the energy price cap will put an end to customers on default tariffs being overcharged as much as £1 billion for their gas and electricity.”

He added: “The price cap will ensure that whether energy costs rise or fall suppliers are not feathering their nest and changes in energy prices will reflect the underlying costs to heat and light our homes.

The price cap level will then be updated twice a year, in April and October, to reflect the current costs of supplying gas and electricity, including wholesale prices. This is vital to ensure the energy firms themselves aren’t put under too much financial strain - wholesale costs have risen by over 30% this year alone, which has led to to multiple price hikes and may have even contributed to some suppliers going out of business.

Lawrence Slade, chief executive of Energy UK, the trade association for the energy industry, said: “The price cap will present a significant challenge for many of the 70+ suppliers in the retail market, who are already facing steeply rising costs - the vast majority of which are out of their direct control, at a time when the market is more competitive than ever. It is crucial that the cap doesn’t halt this growth of competition and choice and still enables energy companies to both invest and attract investment.”

He added: “Wholesale costs have risen by well in excess of 30% in the last year affecting energy companies large and small and, if this continues as current forecasts suggest, the cap will have to increase to reflect this.”

Will the Ofgem price cap save you money?

The amount the price cap saves you will depend upon how much gas and electricity you use, the cost of your current energy deal, whether it’s a dual fuel tariff, and even the way in which you pay your bills – as mentioned above, the cap has been based on the average dual fuel customer who pays by Direct Debit.

And you could still end up paying too much for your gas and electricity, even if you’re not on an expensive standard variable rate deal – there are around 70 fixed-rate tariffs that currently come with rates higher than the proposed default level.

So, if you really want to take control of you energy bills, and cut the amount you pay each year, then switching supplier is the way to go – the trouble is, there is still quite a bit of inertia among consumers.

As part of its Customer satisfaction with energy supplier complaints handling 2018 report, Ofgem found that almost half of all respondents agreed with the statement that: “Switching is a hassle I’ve not got time for.”

But for those that do make the effort, the rewards are substantial - while Ofgem found a there is a £352 difference between the average annual dual fuel direct debit tariff offered by the Big Six, and the cheapest equivalent, switching supplier with UKPower could knock as much as £482* off your annual energy bills.

And the truth is, there’s very little effort involved when it comes to switching supplier – you can be switched in a matter of minutes, and your new energy deal will be completed within 17 days, as outlined in the short video below.

How to switch energy provider

Once you’ve switched supplier, you can then make further dents into your annual energy bills by being more energy efficient – insulating your home, blocking up draughts, switching lights off and adjusting the heating are all small changes that can add up to savings of hundreds of pounds each year.

For a whole load of useful energy saving tips, check out our Energy Saving Advice guide.

Switching energy supplier is a quick and simple way to knock hundreds of pounds off the cost of your annual energy bills – but with so many suppliers offering so many different tariffs, choosing the best one can be a bit tricky. The simplest way to see what deals are on offer is to run a price comparison with UKPower.