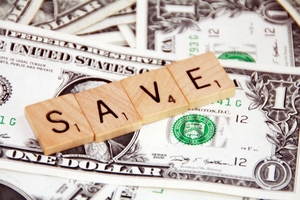 On the 27th of August British Gas will cut their gas prices for the second time this year for both new and existing customers. The cut earlier this year saw a 5% cut in gas bills, and on the 15th of July the energy giant released a statement saying they are cutting their prices by a further 5%.

For those with British Gas, you don’t need to actively do anything to participate in this cut, the new gas price will automatically be confirmed on your bill after the 27th of August. British Gas claim the cut will be for both fixed and variable tariffs so savings all round! Around 6.9million of the energy giant's 11million customers will benefit from the cut.

The cut represents a £35 saving off the average Dual Fuel bill. British Gas states; “Together the cuts made this year will take more than £72 off an average household bill”. This will see the average bill fall from £1156.11 a year to approximately £1121.11 which puts it £271.11 a year more expensive than the cheapest deal available. We therefore urge customers to ensure they seek greater savings by ensuring they continue to shop around for the best deal possible on their home energy.

The price cut is due to the fall in wholesale gas prices, which have fallen by around 25% since December 2014 the company wanted to reflect this lower projected cost for its consumers in 2015 and 2016.

Let’s hope the other members of the Big Six plan to follow British Gas’ lead.