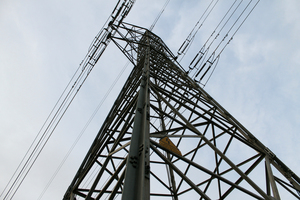 The president of the Confederation of Business Industry has warned the UK faces the genuine threat of lights going out, unless energy policy needs are resolved soon.

Sir Roger Carr, who is also the chairman of British Gas owner Centrica, suggested energy firms may struggle to meet the country's energy demands if a resolution is not forthcoming.

Speaking with the Financial Times, he said: "The speed of execution has not been fast enough and some of the communication has been clumsy."

Sir Roger's thoughts echo those of SSE chief executive, Ian Marchant, who also expressed concerns on the issue recently. Speaking in March, Mr Marchant said the Government was seriously "underestimating the scale of the capacity crunch facing the UK".

In an interview last week with BBC Scotland, he also warned the delays in policy making were also hindering opportunities for new investment.

Both Sir Roger and Mr Marchant's thoughts are shared by a number of senior figures in the energy industry who have also warned of the danger of power shortages.

With a significant part of the UK's power plants due for closure over the next decade, with a number of closures already occurring in April, the fear is that the push for alternative energy sources such as nuclear and wind farms, has not yet been fully utilised.

SSE, British Gas and a host of other energy companies are all part of the government's Green Deal.

Designed to assist people in making their homes more energy-efficient, while also giving them the option to pay back the cost of the work via their energy bills, customers can choose to fit new boilers, loft insulation and other items to save money thanks to lower energy consumption while also paying the loan back at the same time.