CMA report finds that the big six have been overcharging us by almost £2billion – over 70% of consumers are on the wrong tariff. 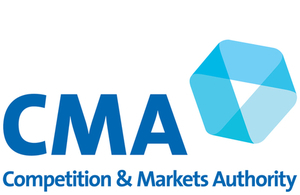 The big six have come under fire after the most recent investigation from the Competition and Markets Authority (CMA). The CMA has found some seriously damning evidence in regard to the prices consumers are paying for their energy.

On average a UK household spends around £1,200 each year on energy - for the poorest households this equates to 10% of all expenditure. Between 2009 and 2013 the energy giants have been siphoning an extra £1.2billion from the domestic consumers and £0.5billion from SMEs than they would have in a competitive market.

The CMA rationalises that this could be due to consumers not engaging and switching energy – they performed a survey of 7,000 people in the UK and from that 34% of respondents had never even considered switching provider. It would seem as though the big six have taken advantage of their less inclined to switch audience and kept them on a high tariff with over 70% of their dual fuel customers on a standard tariff (the highest rate).

Those dual fuel customers could save £160 per year, the CMA account “Lack of awareness of what deals are available, confusing and inaccurate bills and the real and perceived difficulties of changing suppliers” for consumers not switching.

In the past 10 years alone, gas and electricity prices have risen by 125% and 75% respectively – it’s worth noting that wholesale prices are currently down 26% year on year but with no price cuts expected. The CMA did a comprehensive examination and found that “competition in the wholesale gas and electricity generation markets works well” and “the presence of vertically integrated firms does not have a detrimental impact on competition.” It has also found that “there is no strong case for returning to the old ‘pool’ system for the wholesale electricity market.”

We need to be alert to the potential to switch and make the process as simple as possible, Scott Byrom energy expert at UKPower says: “The simple reality is that loyalty in the energy market costs you money. If you want to overpay for your energy whilst your neighbours get the same service and product for £200 cheaper, then that is your decision. However, if we are to truly change the face of this industry, it starts with us.”

For example, companies such as Energy UK has stated that customers are “not being ripped off” but agree “money may still be saved when people shop around for deals” so if you don’t search out the best deals for yourself you could be getting ripped off – be careful that your loyalty is not being exploited. With this in mind the CMA is considering whether to construct safeguards such as a transactional cap on the most expensive tariffs in order to protect the customers.

Roger Witcomb, Chairman of the energy market investigation said: “We want to look at ways we can make customers more active. Smart meters have the potential to transform customer understanding and engagement and their speedier introduction could have particular benefits for prepayment customers, who undoubtedly get the worst of things at present.

So as well as helping customers become more active we want to consider carefully whether some sort of protection is warranted whilst other changes take effect. We wouldn’t introduce such a move lightly and would need to consider its effect on competition, but it is something we feel is right to look at closely.”

Citizens Advice have weighed in, they found that customers on a prepayment meter could be saving £226 a year; Gillian Guy, chief executive of Citizens Advice, said:  “The energy market has failed the overwhelming majority of customers. Consumers don't trust the relationship between prices and profits. Millions are locked out of the benefits of the competition that exists.”

Scott Byrom, energy expert at UKPower.co.uk, continued: “The findings from today’s report come as no surprise in that customers are paying too much for their home energy supply. They confirm what price comparison websites, and other consumer groups, have been saying for years in that there are huge savings to be made by switching. We are a nation of shoppers and bargain hunters but for some reason that doesn’t filter through to the energy market at the moment meaning the only people who benefit are the suppliers themselves. It’s about time that changed and it’s up to us to make it happen.”