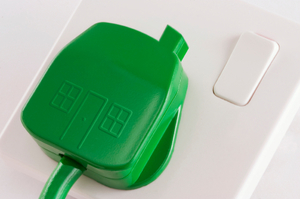 A recent study conducted by E.ON - one of the 'big six' energy suppliers - has revealed that householders across the United Kingdom are wasting around Â£134 million in electricity each year, simply by overcharging electronic gadgets, according to an article published by the Daily Mail.

With many struggling to pay their rising electricity bills and a considerable amount of advice provided by organisations such as Citizens Advice - who launch the Big Energy Week in just a few weeks - the revelation comes as something of surprise.

Around one in five people in the United Kingdom admitted to leaving their devices charging - despite being at full power - while one in ten stated that they were 'too lazy' to remove the charger.

Despite potentially causing their gadgets irreparable damage, nine in ten said that they left their laptops and mobile phones permanently on charge.

E.ON has said that the overcharging of batteries can increase a household's electricity bill by around Â£60 per year.

E.ON's Emma Thompson commented on the findings: "We're using more and more gadgets in our daily lives. It's crucial that we keep an eye on how much money and energy we're wasting keeping them charging when we don't need to.

"It only takes small steps to get Energy Fit and make significant savings. For example, when you plug in a charger, think about how long it needs to reach full charge, rather than just leaving it on overnight," Thompson added.

"Generally mobile phones only take two hours to charge but most people leave them plugged in overnight. By unplugging your gadgets once they're charged, you'll be helping to reduce your energy bills," she concluded.