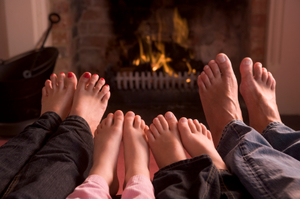 Following on from Energy Secretary, Chris Huhne's speech at last week's Lib Dem Conference, Labour leader, Ed Miliband is set to use his party's own conference to highlight Labour's plans to provide families with cheaper gas and electricity, according to a report published by the Telegraph.

Set to take place tomorrow (September 26) in Liverpool, the conference will be used by Miliband to publicise his proposal that would prevent the â€œbig sixâ€ from â€œproducing gas and electricity and then selling it onto themselves.â€

Instead, under Miliband's proposal, this energy would go towards a central pool; the rules will also ensure that any energy supplier will have to buy and provide gas and electricity at a â€œclear and transparent price.â€

With EDF energy becoming the last of the â€œbig sixâ€ to increase their prices just last week, the Prime Minister, David Cameron has become worried at the rising costs that consumers are having to pay for energy.

Since 2007, eletcricity and gas bills â€“ when combined â€“ will have increased by a considerable 46 per cent, according to official figures.